No matter what age you are looking at, life insurance is essential for seniors who want to provide their families financial coverage. Whether you are trying to make sure your spouse is covered in retirement or needs enough coverage for your funeral, you can usually get the final expense coverage you need at pretty affordable rates. 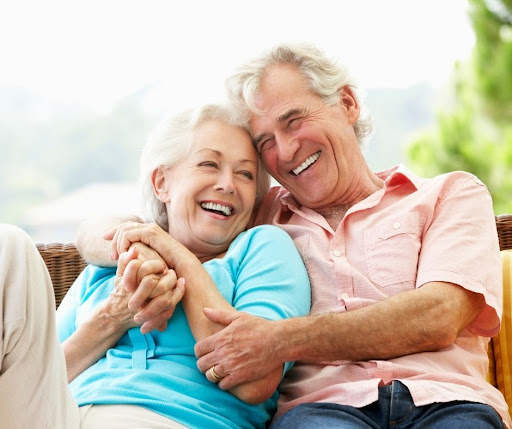 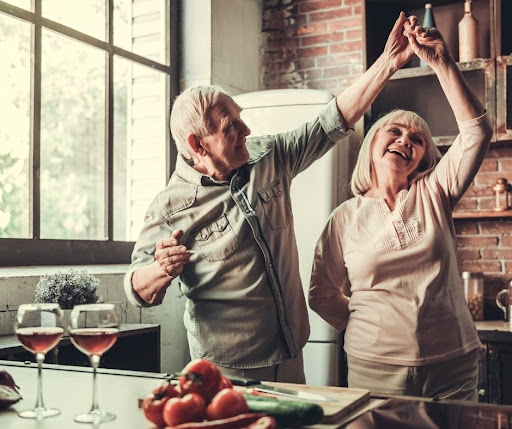 Before talking about the different types of Senior Life Insurance plans also known as Final Expense insurance —and what policy might be best for you—let’s define or discuss what Senior life insurance or final expense insurance is.

Senior Life Insurance or final expense—which is also regularly identified as burial insurance—is an insurance plan whose proceeds become generally used towards paying towards the funeral services as well as burial expenses once you die. It’s a type of basic life insurance that has become at the same time more affordable and less complicated to acquire compared to the traditional types of insurance, like whole or term life plans. Moreover, it should cover all those who will be above the age restriction on a regular life insurance policy, and also at a significantly reduced price as well.

A few of the costs covered could consist of one’s funeral service by itself, the actual cemetery plot as well as a headstone, the casket, the expenses associated concerning the funeral procession, and also any other various costs. This particular type of insurance policy will help to alleviate the financial stress which will be placed upon a family anytime some loved one passes away.

Coach B. saves you up to 60% by comparing the top-rated companies on our quote and apply platform. 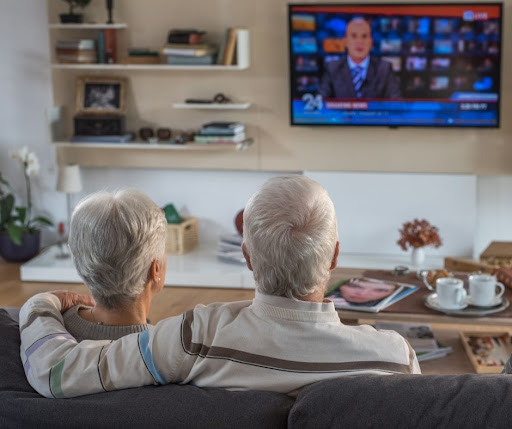 There are many Final Expense Senior Life Insurance Ads on TV today, yet their rates may not be as great as they say. As you see the many TV ads we here online provide great information on Senior Life Insurance. We shop the lowest premium rates with major A+ rated companies.

Dealing with the death of a loved one is one thing almost every person will need to contend with at one point during their life. Anytime it does happen, keep in mind this can become a challenging experience to take care of from an emotional standpoint. If you include a financial burden to that situation—often concerning thousands of dollars in expenses—the entire event can quickly come to be devastating.

An important senior life insurance policy could relieve the financial burden by merely covering the expenses involved with funeral services and burial costs. Below are the various kinds of Final Expense Insurance plans. You Should Consider These 4 Policies. 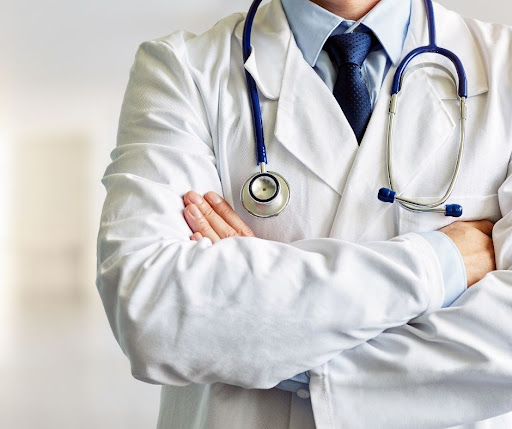 You can quickly get a fast quote online—without having to talk to anyone—visit the Coach B. Life Insurance Final Expense quote page.

Now, listed here are four various types of senior life insurance and final expense whole life plans for you to think about. 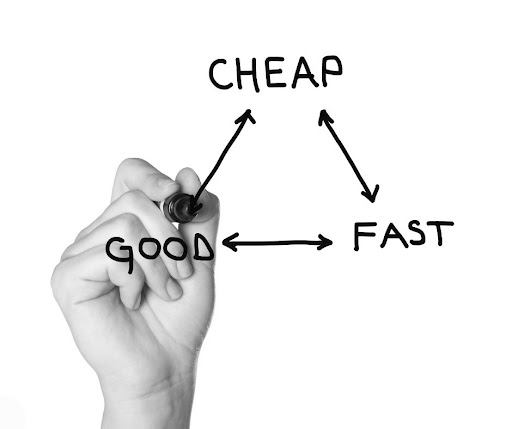 A Level plan is the more standard and straightforward out of the senior life insurance plans. The A-Level policy is issued to candidates who tend to be in excellent health or people who may have a few minor health concerns that are managed with medications. The maximum amount of coverage will likely be in effect the very day the application is approved. Considering that soon as the insured person dies, their named beneficiaries will get the full death benefit.

A Graded Policy should be thought about if your wellness is a concern. Coverage will differ depending on what insurance company is selected.

For example, in case you have Parkinson’s disease or even a clinically manageable disease in which continuous therapy can help in the condition, a Graded plan may be best for you. Graded Policy benefits usually come with a two-year waiting period before the carrier will pay the full death benefit to a beneficiary. In case a non-accidental death happens previous to that two-year time frame, the insurance policy will only pay a percentage of the total death benefit. Throughout the third year and naturally beyond, the full death benefit is going to be paid.

A Modified Policy happens to be quite similar to a Graded Policy except that it entails a severe illness, like cancer, instead of a more controllable ailment. Modified Policy benefits commonly have a two-year waiting period before the full death benefit will be paid to a named beneficiary. If a non-accidental death takes place before that two-year time frame, the insurance policy will only pay a return of the paid premiums in addition to a small percent of the total death benefit. While in the third year and beyond, however, the full death benefit will certainly be paid.

A Guaranteed Issue Policy does not figure in almost any of your health problems if any exists, so it’s for the most part more expensive compared to the different senior life insurance plans. Guaranteed Issue Policy benefits usually have a two-year waiting period before the carrier will the full death benefit will be paid to a named beneficiary. In case a non-accidental death happens before that two-year time framework, the insurance policy will only pay out a return of the paid premiums plus a percent of the total death benefit. During the third year as well as beyond, the company will pay your full death benefit. 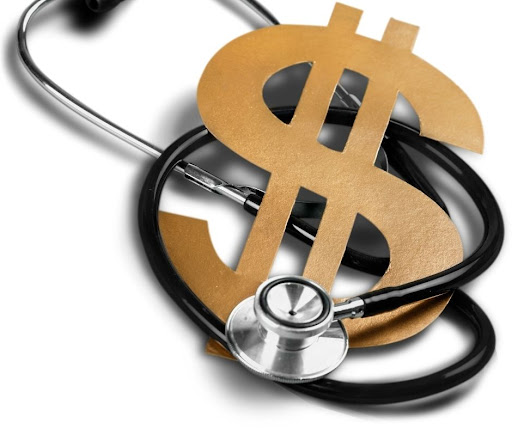 Senior life insurance plans in this category tend to be called Final Expense or Burial insurance. Still, Coach B. Life Insurance offers these only no medical exam plans as traditional life insurance policies, in which the named beneficiary can make use of the proceeds for any purpose.

Let’s say you happen to be a 45-year-old man living in Texas, and you are a non-smoker. You could perhaps get $10,000 of insurance coverage in a Level plan for as low as $22.18 per month. In case you had some health issues and you decided to go with a Graded or Modified policy, you might spend roughly $12 additional per month for the same amount of coverage. These numbers are estimated and fluctuate depending on several variables, such as what life insurance company you choose.

To get a quick quote online—without having to talk to anyone—visit our Final Expense quote page.

Whenever you are prepared to apply, pick up the telephone and call 1-800-342-1537 to talk with a licensed Coach B. insurance agent, which can guide you throughout the process.

Our dedicated team has over 30 years of experience providing senior life insurance and final expense policies. Also, to be an independent insurance agency, we negotiate with many of the leading insurance companies that carry senior life products such as final expense. Therefore we will undoubtedly work towards getting the very best price for you as well as answer whatever concerns you may have. We deal with the insurance companies on your behalf, and plans are issued as soon as possible, or within 72 hours, depending on the insurance carrier you finally choose.

After starting his financial career with Phoenix Home Life Insurance Company back in 1992, Scott decided he wanted to provide people with an easier and more enjoyable way to buy life insurance. That was the start of Coach B. Life Insurance, whose mission is to be transparent, honest, and helpful to customers — without ever bugging or pushing them.

In the years since then, he has worked tirelessly to improve the process of shopping for insurance. His goal is to make sure that everyone who comes to Coach B. — whether they end up buying a policy or not — has the best possible experience.

Best Guaranteed Acceptance Life Insurance With No Waiting Period Are you looking for a life insurance policy that offers guaranteed acceptance with no waiting period?

Life Insurance Risk Classification | How It Impacts You | Coach B. Insurance

What Are the Best Life Insurance Companies of 2022?

TALK TO A AGENT

Disclaimer: Coach B. Insurance strives to keep its information accurate and up to date. This information may be different than what you see when you visit a financial institution, service provider or specific product’s site. All financial products, shopping products and services are presented without warranty. When evaluating offers, please review the financial institution’s Terms and Conditions.

Let Us Shop For You

Send Us A Message